Long in 1977 I and my husband came to the idea to open a bar in our family house in the city of Hvar.

The front and the most comfortable part of the bar is occupied by the terrace with spectacular view to the sea and Pakleni islands.

The bar with its music attracts the public of all ages from VIP persons to ordinary people; all of them enjoy the best coffee in the town as well as the cocktails that offer a special pleasure in summer nights.

We recommend our lime cocktails, especially the best of all MOJITO, after having drunk our mojito the dream becomes the reality.

You do not have to go to Cuba to dream MOJITO dream. 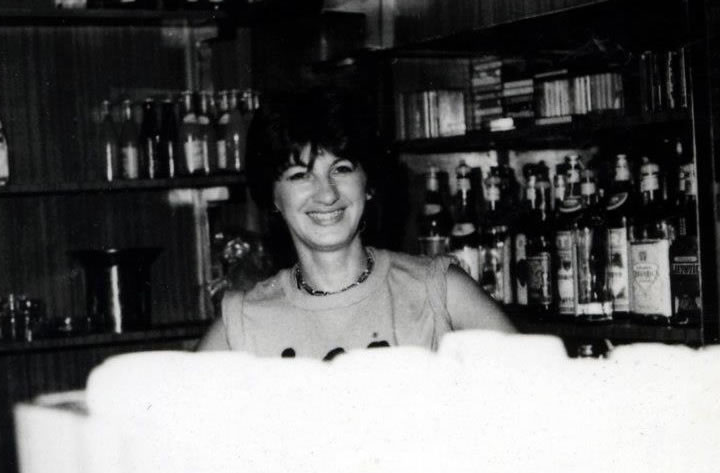 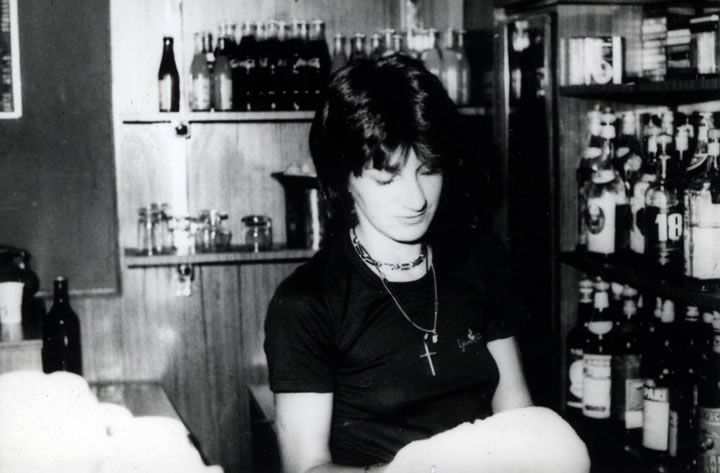 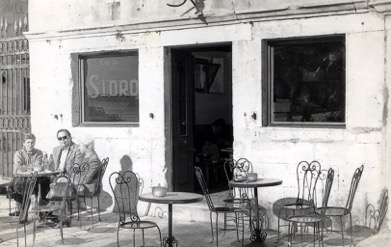 Welcome to the Island which boasts of being the sunniest Dalmatian Island. Nature has granted it 320 sunny days in a year.
The island of Hvar is the queen of the Croatian Dalmatian islands. It has been famous since the antique because of its important strategic and nautical position, the rich of the various historical periods, the culture and natural monuments and the literature.
Thanks to the mild climate, the warm winters and pleasant summers Hvar receives many guests, scientists and travellers, who are attracted by the dense mediterranean nature, rich tradition and arhitecture, and nightlife.
Lately, the worldvide celebrities are coming here to see what is it about. And what is Hvar really about?
While separation from the mainland can sometimes be a handicap, it also provides some protection from the factory chimneys and other misfortunes which come with civilisation. Instead, there are vast fields of lavender, ancient olive trees and vineyards, in immaculate harmony between man and nature.
There are wine and olives, so a guest wishing to get closer to nature will stop at a small inn (Hvar ìkonobaî) rather than a top quality restaurant. He will taste real home-made wine instead of some famous sparkling wine, he will sing the old island songs and forget the monotony of the everyday routine. Every guest is really a Guest here.
Through the centuries, an oasis of culture has remained here, a testimony to the identity.
Hvar has celebrated 140 years of organised tourism, and today it is considered to be one of the 10 most beautiful islands in the world.
We invite you to explore this unique island that offers everything one needs for an unforgettable holidays.
Whatever you are looking for on your vacation, you may find it here; night life and cultural attractions of cosmopolitan Hvar town, boat excursions to Pakleni Islands, sandy beaches near Jelsa, the ancient town Stari Grad in which past centuries mingle with modern tourist facilities, heavenly beaches under pine trees in Zavala, exotic atmosphere of south cliffs in Ivan Dolac, Sveta Nedjelja or MIlna, the ìlittle Veniceî ambient in Vrboska, drive trough and sense lavander fields near Zastrazisce, Gdinj and Bogomolje, peaceful secluded bays near Sucuraj Ö this is just a fraction of it Ö you need to explore it.
Rich cultural and historic heritage of Hvar, that dates back to pre-historic times, unique gastronomy, beautiful beaches and bays , crystal blue sea, high quality accommodation in apartments and rooms at private houses, hotels, and the hospitality of the local people are the guarantees of a holidays in Hvar you will always remember.
Hvar is an island of exceptional beauty which offers various types of recreation and activites, either on land or sea. Sailing lessons, cycling over the islandís long gravel paths, sea kayaking, jet ski driving, swimming, scuba diving and exploring the islandís rich underwater world, fishing, underwater fishing, tennis, waterpolo or taking long walks by the coastline are just some activities waiting for you on the island of Hvar.
Middle Dalmatia, where Hvar is located, has tipical Mediterranean cusine which is among the healthiest cuisines in the world. Dalmatian cuisine is based on Meditteranean nutrition where main ingredients are coming from the sea ie. various types of fish, oysters and shellfish, mollusks (squid, cuttlefish, octopuss), crabs (shrimps, lobsters) etc. with plenty of extra virgin olive oil, vegetables and selfgrown herbs and weeds used as spices.
The speciality of this cuisine is in the way of prepairing foods. Vegetables are cooked in water, sesoned with olive oil, and sprinkeld with spicy herbs like rosemary, sage, basil, and oregano. Fish is boiled, made in stew or baked on embers, and meat baked on embers gets a unique flavour. As fish was the main foodstuff through Dalmatian history, Dalmatians also used to preserve it by salting and marinate it, and that custom is still alive in some Dalmatian places even today.
Beside fish, a great part in Dalmatian gastronomy belongs to olive. Except making extra virgin olive oil from it, Dalmatians also love to preserve them by salting, and such are a unavodiable side dish to another Dalmatian speciality ñ prosciutto (smoked ham dried on north wind called Bora in Dalmatia). Another side dish to prosciutto is cheese, mostely sheep and goat cheese, with the best ones beeing from the island of Pag. Pagís mutton is also very appreciated due to natural phenomenon called Ñsalteningì when Bora sprays sea water on the island, which saltens the pastures and makes their meat naturally salty. Except mutton, the most famous meat dish in Dalmatia is paöticada stew served with gnocchi. Areas rich with fresh water are known by dishes made from frogs, eels and crayfish.
Dalmatian wines are respected from the ancient times. Dalmatia is proud of its wines such as: Dingač and Pošip from Pelješac peninsula; Babić from Primošten; Vugava and Plančić from the island of Hvar; Poöip and Grk from the island of Korčula; Marastina from the island of Lastovo; Malvazija from Dubrovnik etc. and also with Prošek dessert wine, strong spirits (made from grapes and herbs) and liqueurs (Maraschino, Vlahov).
Typical Dalmatian desserts win your heart by their simplicity. Most common ingredients include Meditteranean fruits: dried figs, raisins and almonds, eggs, honey etc. Some of most known desserts are: ravioli, mandulat, fig cake, pepper biscuits from the island of Hvar and Dubrovnik flan. 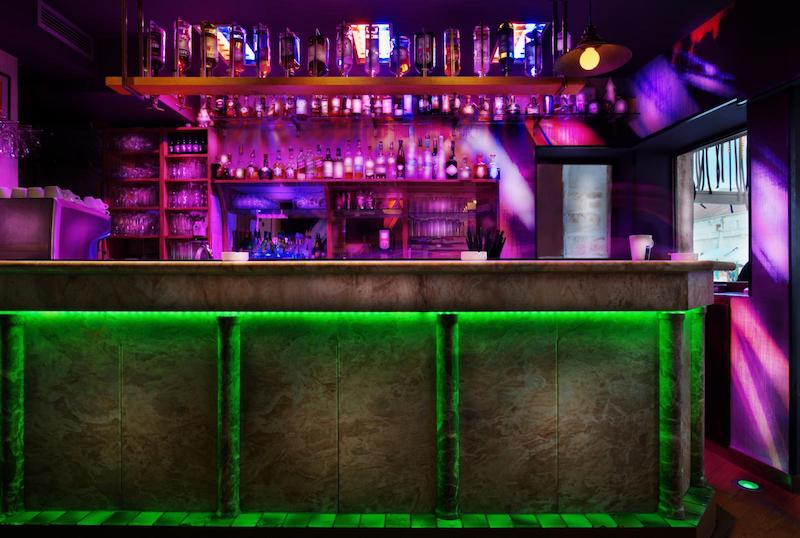 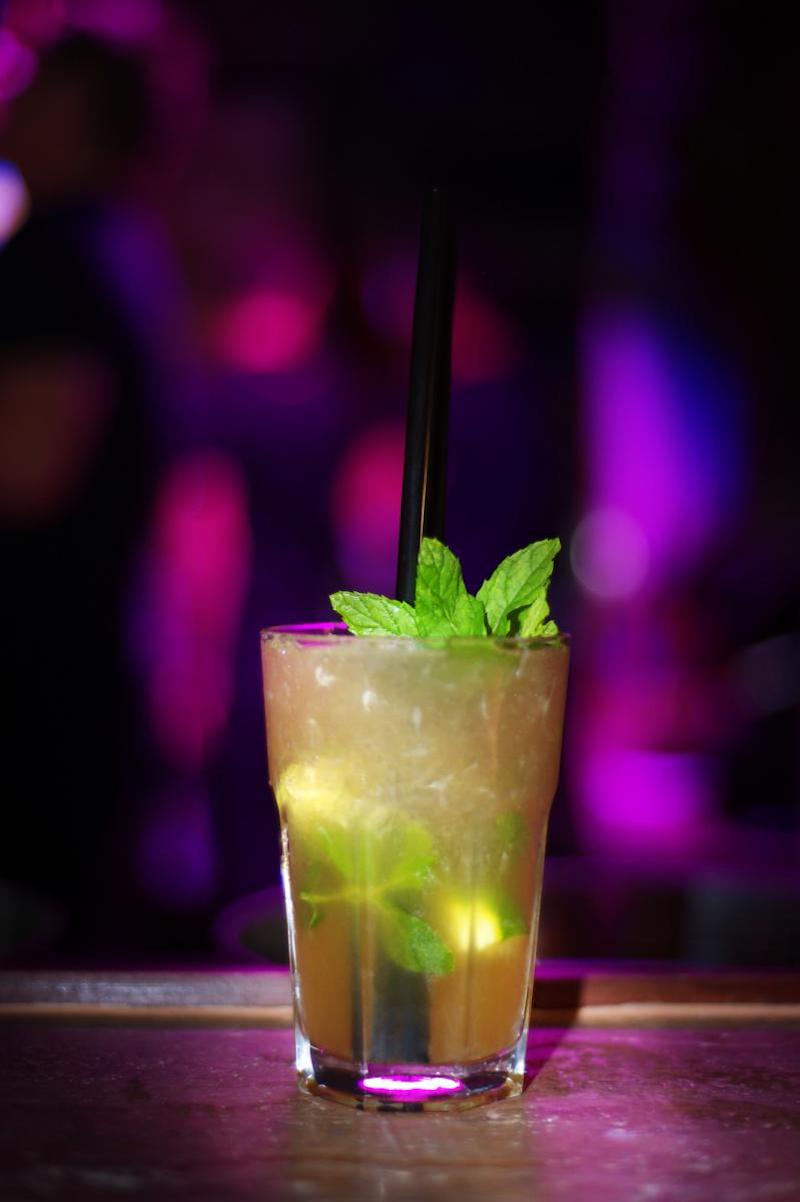 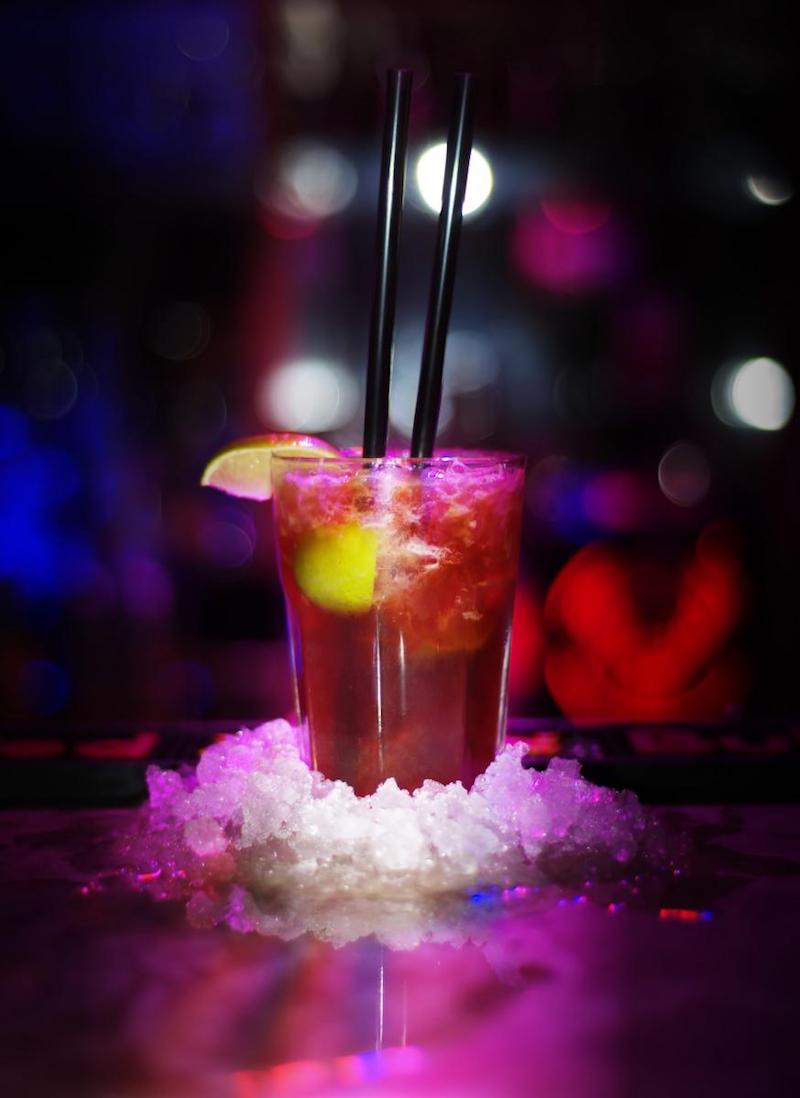 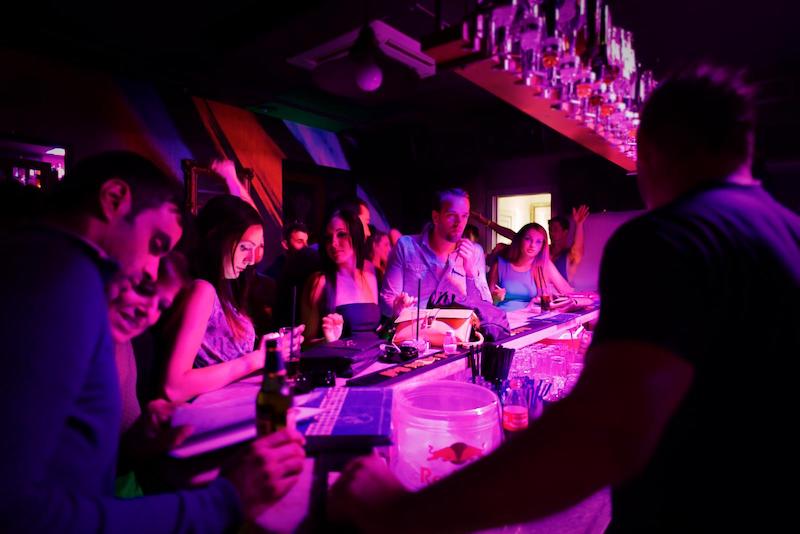 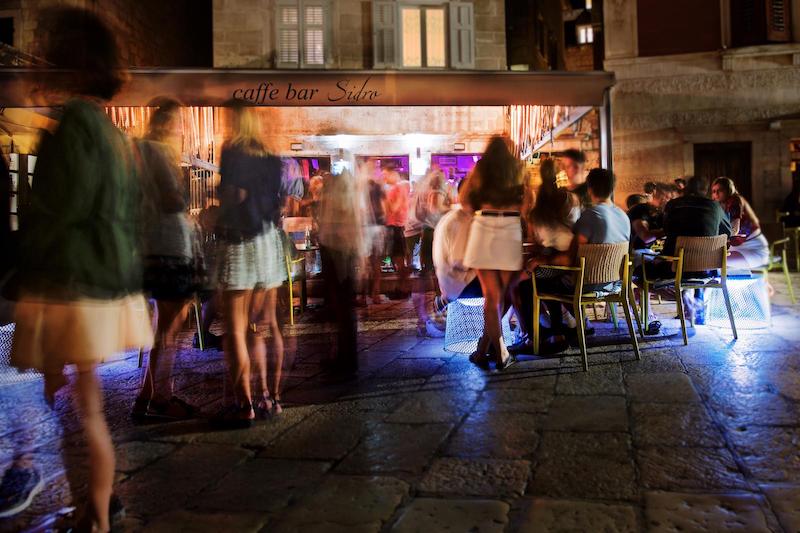 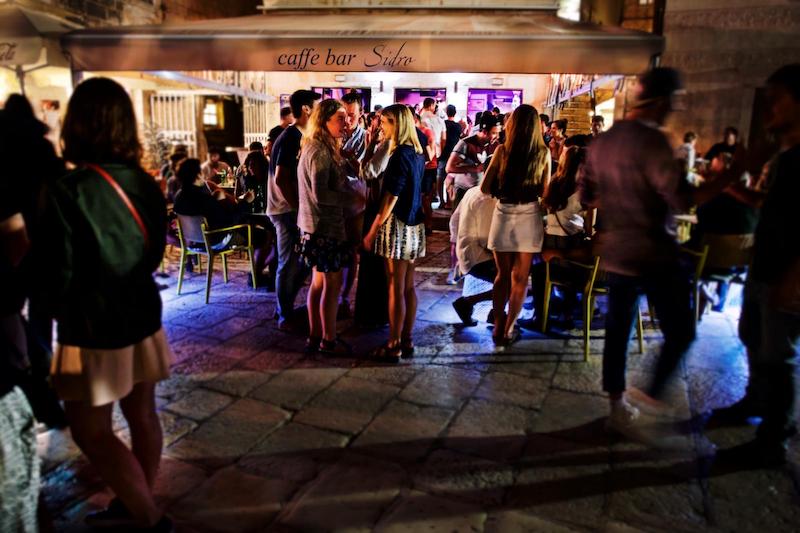 What said about us

"We love hanging out at this place during the day drinking cocktails or coffee and just relaxing. The best time is just before they close at 2pm. Order all you want, pay and just sit on the waterfront people watching for hours. You'll have the whole place to yourself as it won't open again until 5pm. This is our daily routine when in Hvar. "

"I used to spend a whole summer in Hvar, and I would call Sidro my 2nd home. The stuff is always so nice and friendly, the owner is great and always there in case she is needed. I liked to go there, bc it was the best place to meet some cool people, and even now, many years after, I am still in contact with people that I meet there.

One of the people I meet there is my husband, and last summer we travelled to Hvar again, and visited Sidro with our baby girl. It was so good to see same old stuff there. I would definitely recomend to visit this bar if you path took you to Hvar ;)"

"I went there after dinner with 2 other friends and we had a great time! Nice drinks, good music and friendly staff - we'll definitely go back there again"

"Having lived on Hvar for 10 years, one gets to know the best places. The first port of call in Hvar Town, day or night, is Sidro."

By day, the locals will tell you that this is where you find the best coffee in town. By night, the mojitos are legendary.

Sidro (which means 'anchor' in Croatian) is a rare institution for two reasons. It is one of the few waterfront cafes which attract both locals and tourists, who intermingle well. And it is two attractions in one - by day, great coffee and people watching with probably the friendliest staff on the island, by night a top party destination - this was where Prince Harry popped in for a drink before THAT night in a nightclub swimming pool.

A great Hvar institution since 1977."

A PHP Error was encountered